Dwight’s legacy of innovation and personalized learning dates back to 1872. We are proud to be part of a global network of Dwight schools and to bring this long and rich history as a premier international independent school to the UAE.

From the very beginning, the Dwight school was designed to prepare graduates for admission to Ivy League schools; our school’s namesake is Yale’s twelfth President, Timothy Dwight V (also known as Timothy Dwight, the Younger).

For 145 years, our visionary leaders have transformed the educational landscape, while our illustrious alumni have left their mark on our world.

"I cannot doubt that those who enjoy the advantages of your institution will be well prepared for their subsequent studies and their college life."

Recognized as a pioneer in global education, Dwight:

At Dwight School Dubai, we celebrate the exemplary vision of the Founding Father of our host nation, Sheikh Zayed Bin Sultan Al Nahyan and hope to contribute to his vision by fostering future leaders with strong ethical values and a deep respect for traditions and pioneering creativity to boost productivity and sustainable community cohesion. 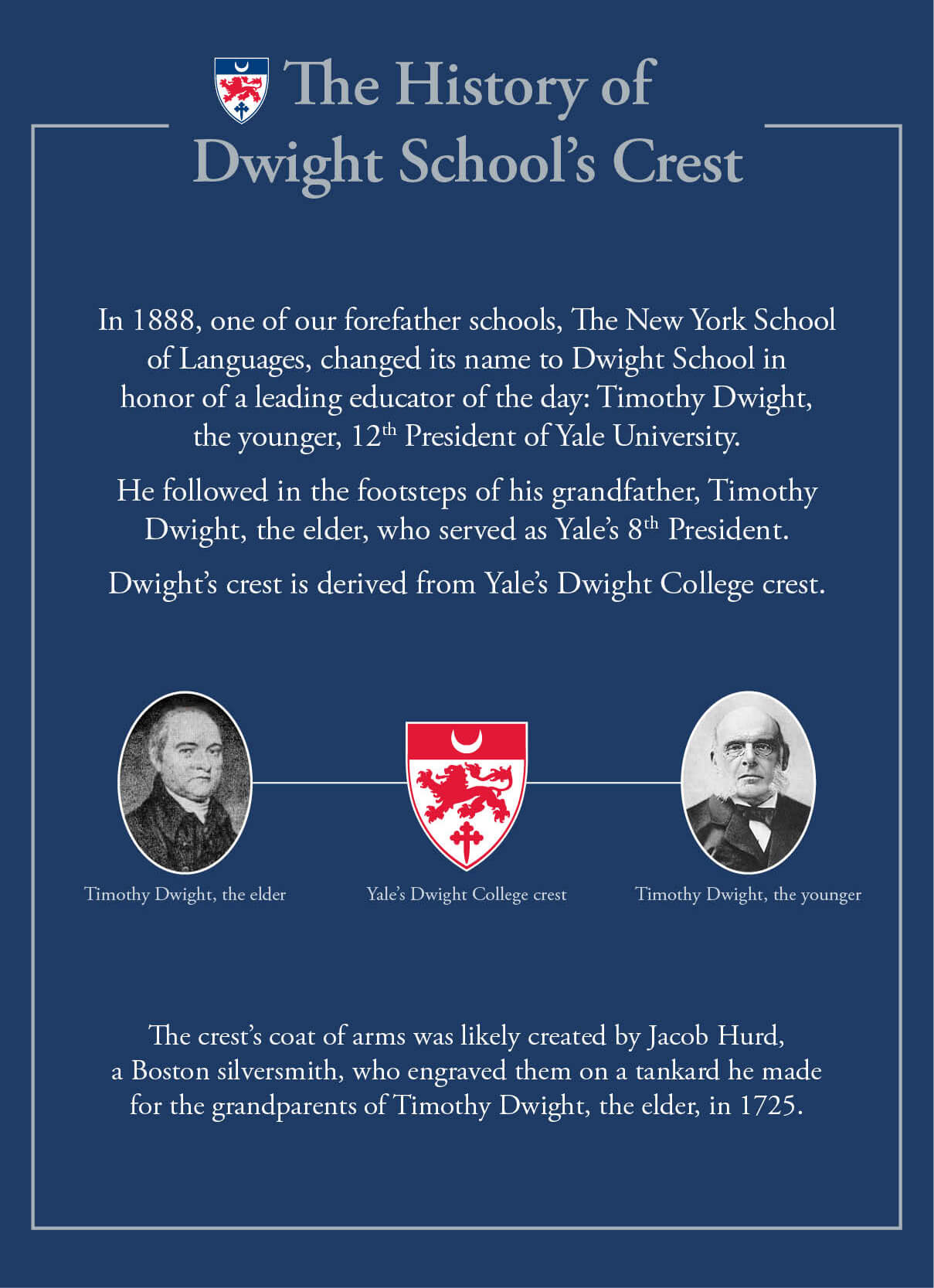 For better web experience, please use the website in portrait mode